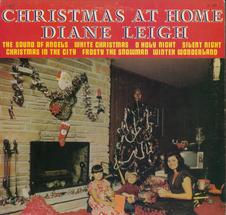 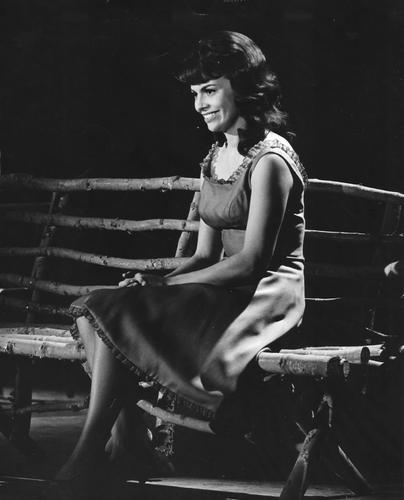 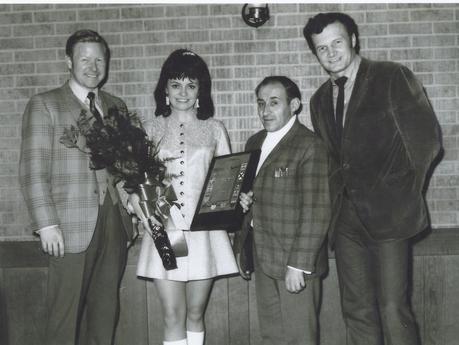 During the early years of her career, Dianne was fortunate to be able to share the stage alongside many of the original great country music artists who shaped the industry today.. Singing with the likes of Patsy Cline, Dolly Parton, Waylon Jennings, Carl Smith, Porter Wagoner, Roy Clark, Dottie West and Faron Young to name a few, Dianne established herself as one of the few Canadian artists to gain fame on both sides of the border at a time when the country nusic industry was dominated by the American greats. It was Dianne's success back in the 1960s and early 70s that opened the door for future Canadian artists to strut their stuff on the North American stage. 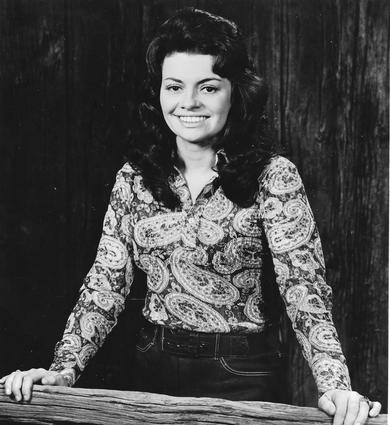 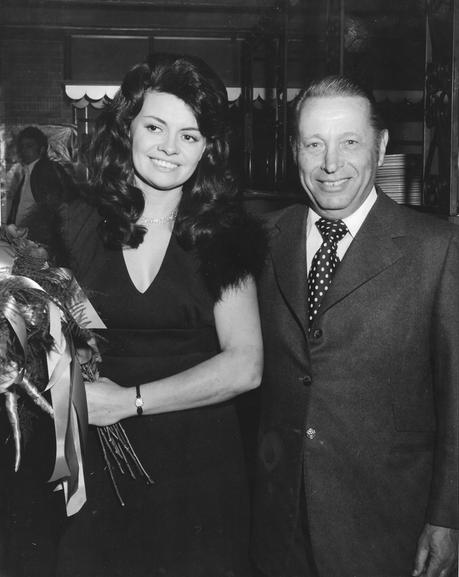 Dianne Leigh was a strong pioneering force in

Canadian country music who paved the way for

many of todays successful artists 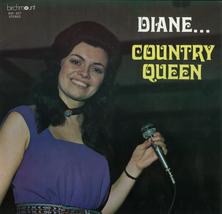 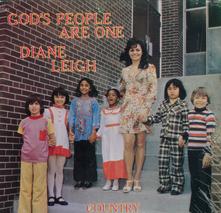 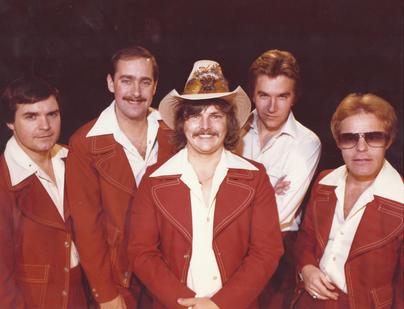 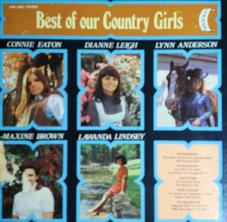 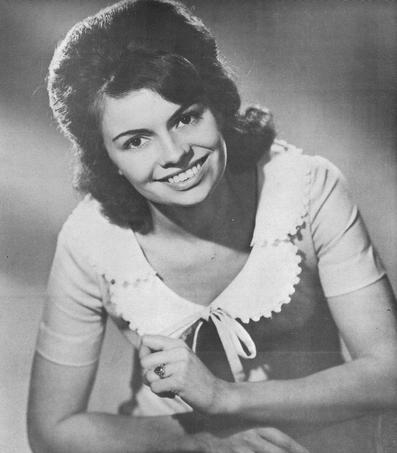 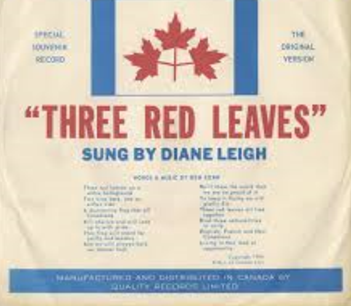 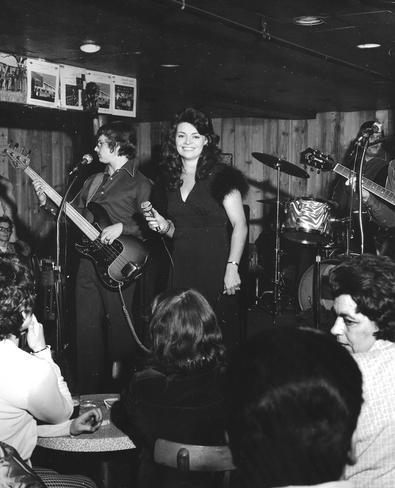 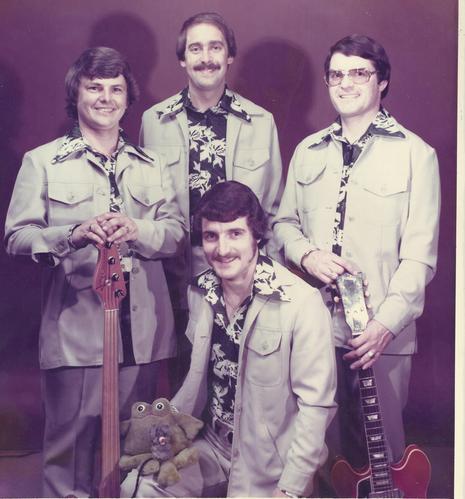 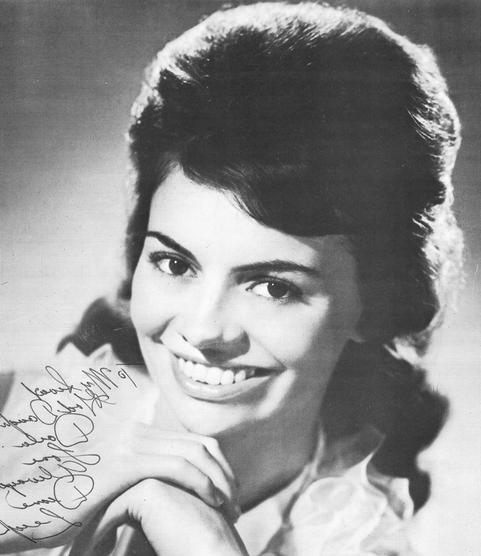 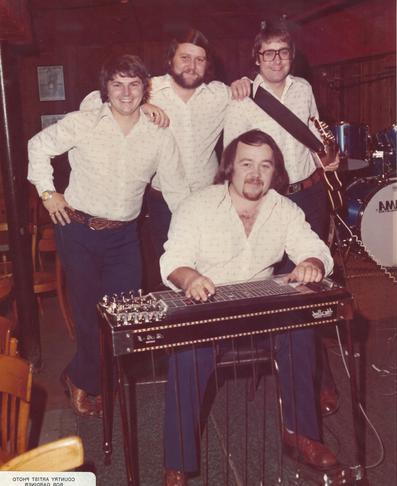 "Canada's Queen of Country Music," Dianne Leigh, wore that title like a shining crown throughout much of the 1960s. And deservedly so. The winner of the RPM Gold Leaf Award (now called the Junos) for Top Female Country Singer  for a record five  consecutive years, Leigh was a prominent star in Canadian music at a time when, unlike today, few woamn stood in the spotlight. Her pioneering success helped pave the way for every female country performer in Canada who followed, from Carroll Baker to Shania Twain.

Leigh's rise to stardom began when she was only 15. Born and raised in Toronto, the eldest of five children, Leigh had no dreams of a career in music.In fact, the teenager was working as a typist at the time. A cousin who heard her sing was so struck by her crystal-clear voice that he arranged for her to meet The Sapphires, a local rock-harmony group. After an impromptu audition, Leigh was conscripted and began singing songs by Peggy Lee and Julie London with The Sapphires at teen dances and local music events.

One night, with some friends, an underage Leigh used some fake Identification to get into a Toronto bar to hear "The Sons of the Saddle," a popular western group. At the time, Leigh professed not to country music. "I couldn't stand that terrible nasal sound they all used to use," she later recalled. But the group, she discovered, sang country classics in glorious harmony. Emboldened by two beers, Leigh asked if she could sing with them. Although she was turned down, the group invited her back the next day for a rehearsal.

Once again, Leigh passed the audition , singing the only country song she knew, "Your Cheating Heart." She went on to perform with Vic Siebert and the Sons at that bar for the better part of a year - and would have sung with them longer had the Women's Christian Temperance Union not discovered that she was underage and forced the club's owner to fire her. Undeterred, Leigh introduced herself to Jack Starr, owner of Toronto's Horseshoe Tavern, then the city's leading country bar. Using a forged identity, she auditioned and earned herself another singing job.Several days after she started work, three detectives escorted her from the stage after learning she was underage. Realizing club work was out of the question, Leigh got herself work on Patsy Cline's Canadian tour - as a drummer. When that ended, she headed to the Maritimes with a travelling country show.

Leigh's first major break came when she landed herself a spot on Carl Smith's "Country Music Hall" show on the CTV network. The national profile brought her to the attention of Capital Records'Paul White, who promptly signed the singer. She and White flew to Nashville , where they recorded several singles and a collection of songs that would eventually make up Leigh's debut album. Around this time, she travelled to Germany to entertain the American armed forces with graham Townsend, the world-renowned Canadian fiddler, and Jack Kingston (the same country singer who had recorded Capital Canada's first domestic 78 rpm record in the early 1950s. 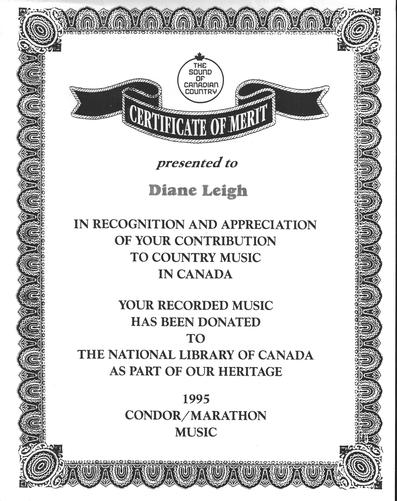 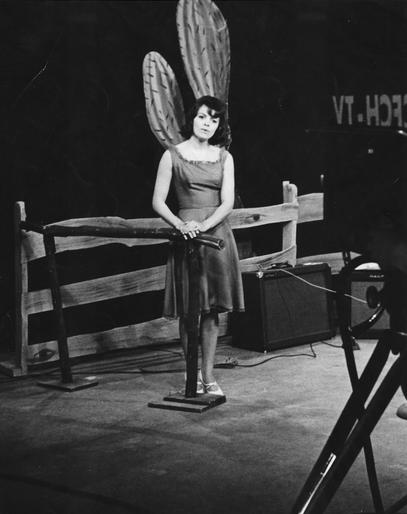 Click on arrow above to hear another of Dianne's hits 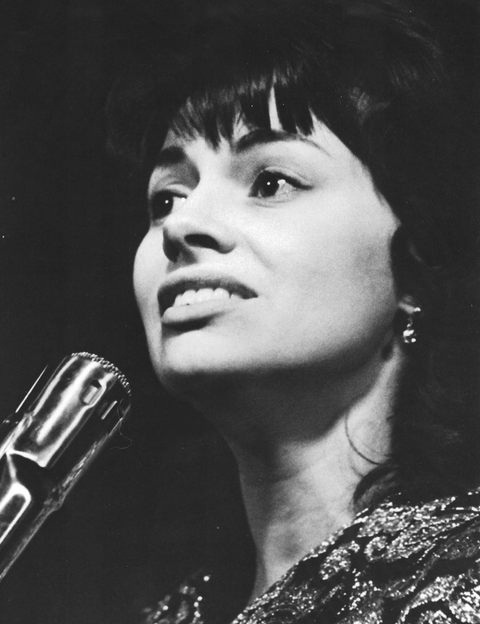 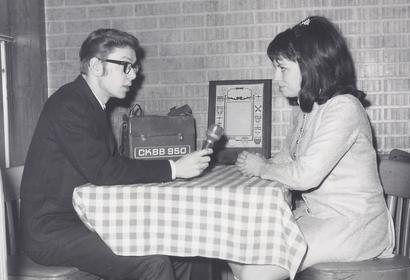 Go to the Discograpy section to hear all of Dianne's recordings 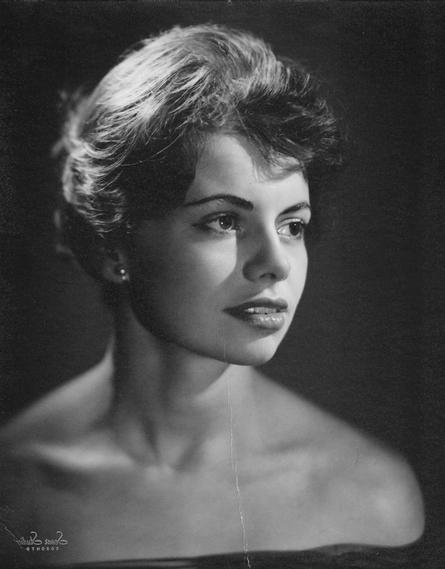 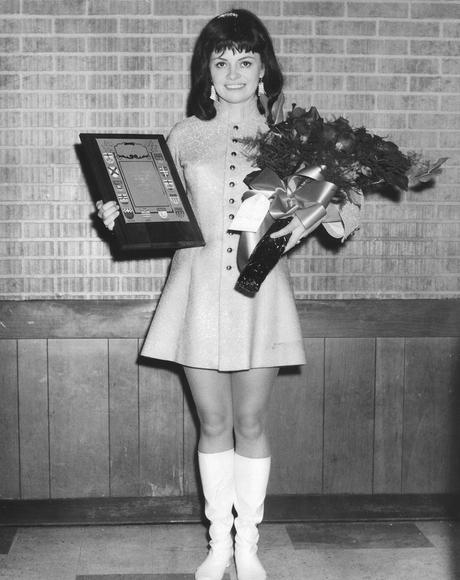 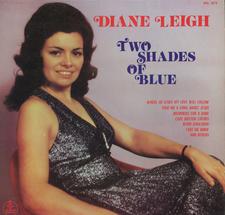 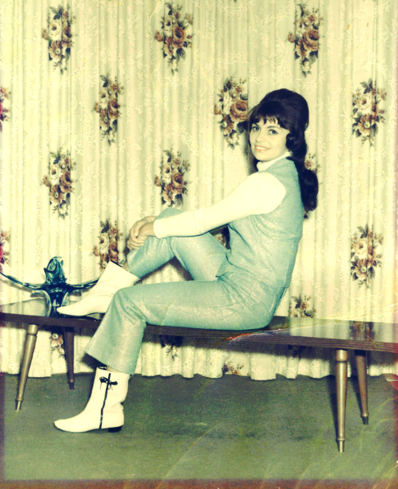 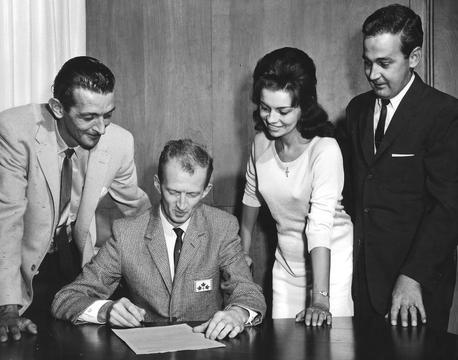 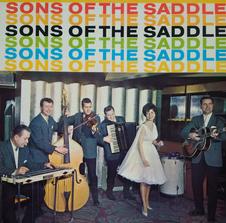 Click on arrow below to see Dianne on the show

Click on arrow below to see Dianne on the show

Leigh's first single on Capital, "Won't Be a Lonely Summer," reached the Top 20 at RPM in August 1965. When the singer's album, Shadows of Your Heart, came out the following summer, it contained a wealth of material written by Canadian songwriters, including Les Pouliot, of "Country Hoedown" and "The Tommy Hunter Show" fame, Lennie Siebert, of The Sons of the Saddle, and Quebec's Douglas Trineer.

Capital released two singles from the album. The title track, written by Canadian country legend Ray Griff, hit #1 on the RPM country chart, while "Why Can't He Be You," a Hank Cochran song originally recorded by Patsy Cline, made it to #3. Leigh released 3 more singles for Capital in 1967: "Lets Talk it Over" and two which once again took her to #1 on RPMs country chart, "Mr. Jukebox" and "The Sound That Makes me Blue."

She remained with "Country Music Hall" until 1969, the year she won the last of her five consecutive RPM Gold leaf Awards (Junos) for Top Female Country Singer in Canada. Leigh moved on to record conntry, Christmas and gospel albums for a variety of other labels (Chart, RCA Victor, Condor, Marathon and Birchmount). She continued to make numerous TV appearances on shows such as "Country Time," The Tommy Hunter Show, " The Ronnie Prophet Show," Family Brown," At the Caribou," and even co-hosted "The Harry Hibbs Show" prior to her retiring from show business in 1976.